A note to new readers: while we often delve deeply into financial topics (such as Behind the Scenes of a Happy Frugal Marriage and Well Hot Damn, Frugality Works! Our 2014 Savings Rate Revealed), we also like to keep it irreverent and downright silly. Because hey, who doesn’t need an investigative interview series conducted by a dog?! And so, I hope you’ll enjoy Frugal Hound Sniffs! If you’d prefer a more, ahem, financial independence-related post, start here. 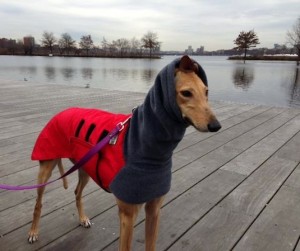 Frugal Hound here. I write to you from the frozen tundra of the Northeast, where I’m vigilantly trying to identify every scent on every pile of snow. Nevermind that I freeze my little paws in the process (and refuse to wear my doggie snow booties–how embarrassing).

At any rate, neither ice nor snow could prevent me from bringing you a fresh installment of my esteemed interview series, Frugal Hound Sniffs. Today, I’m pleased to introduce you to Dog DebtFreeJD, hailing from DebtFreeJD.com.

I hope you’ll join me in exuberantly sniffing Dog DebtFreeJD!

I have many names (Fluff, Fluffles, Flufflish being among the most popular)* but on the Internet I am known as Dog DebtFreeJD. I am a 1.5 year-old Samoyed pup. My people – Mr. and Mrs. DebtFreeJD – are currently paying off Mrs. DebtFreeJD’s law school loans. Mrs. DebtFreeJD blogs about it at DebtFreeJD.com. I contribute by snoozing underneath her chair while she’s writing. 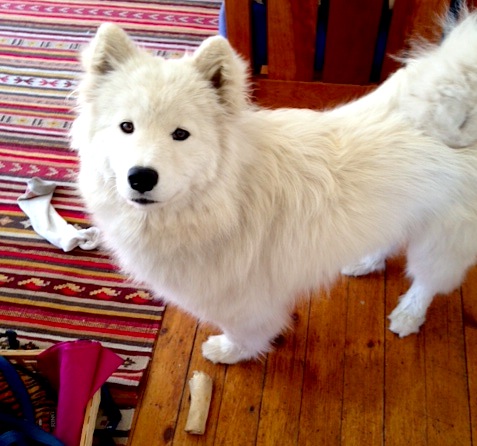 My people spend a lot of time brushing me. This is supposed to replace going to the groomer$$$. I think it is a hilarious and fun game where the goal is to either (a) bite the comb so it cannot be used on me or (b) be chased around the house by the Brush-Wielding-Humans. When tired enough, I will allow myself to be brushed, especially if my tummy is being rubbed. 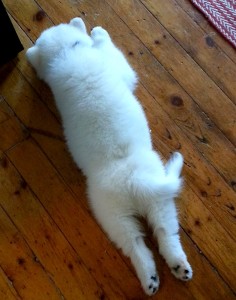 Socks. All of them.

5) What’s the most expensive thing you’ve every destroyed?

It’s so hard to choose. Among the possibilities: three chairs, two mattresses, and a rug. An easier question would be: “What’s the most hilarious thing I’ve destroyed?” Answer: a blue pen. I looked like I’d eaten a smurf, plus I left blue paw prints all over the apartment.** 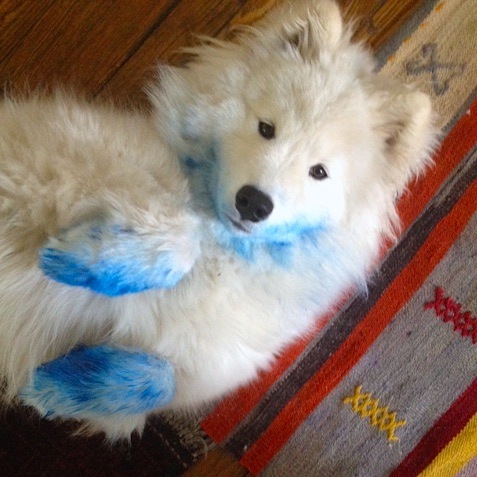 I am never embarrassed. I’m too fluffy for that.

7) How often do you get a bath, and would you say it’s too often?

My people were told Samoyeds are afraid of water. If so, I must be a mutant lab-mix Samoyed, because I love rivers, lakes, puddles, and mud. Because I can get washed off in the river, I am rarely bathed in a tub.

However, I recently was made delightfully odiferous by meeting a friendly skunk at night. I wanted to share how wonderfully I smelled, so I jumped into bed with Mrs. DebtFreeJD. I was forced to shower after that. 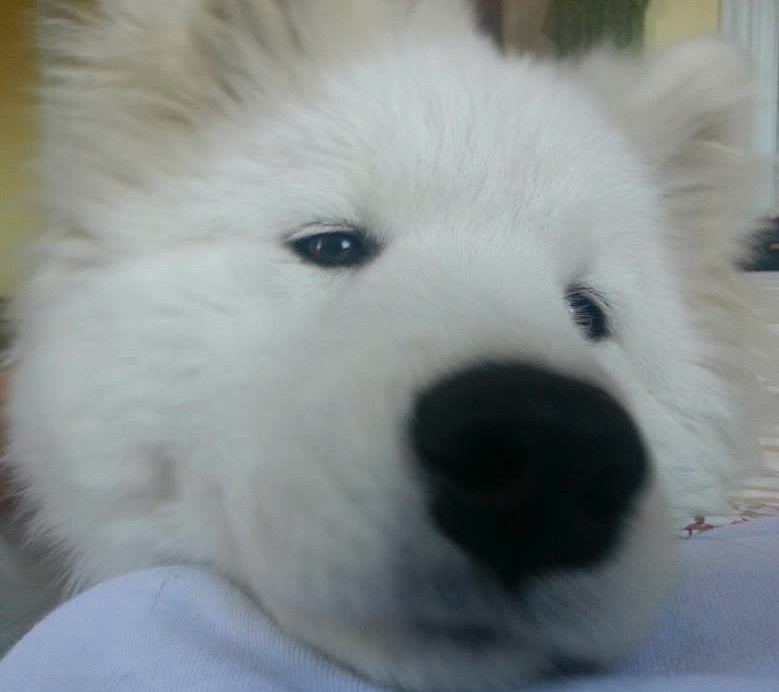 8) What is your family’s financial plan or goals, and how do you contribute?

*I actually have a very dignified real name (withheld here to protect my anonymity) but my people seem to prefer variations on the theme of “fluffy” most of the time.

**Happily, I seem to be out of the Eating Undigestible Things Phase. The Rubber Glove and Half A Tennis Ball Incidents both caused some vet bill$$$.

Thank you, Dog DebtFreeJD! I believe you and I are polar opposites as far as fur is concerned. While you are extraordinarily fluffy, I have scant fur coverage. Don’t tell anyone, but, my belly is almost entirely hairless. Oh the shame.

Mrs. Frugalwoods here: Many thanks to Mrs. DebtFreeJD from DebtFreeJD.com for assisting Dog DebtFreeJD in crafting her superb interview. Mrs. DebtFreeJD graduated from law school a few years back. In May 2014, she realized that although she’d been careful to make all her payments — and then some — she still owed more than $125,000 in loans. She set the goal of paying them off in the time it took to build the Empire State Building (about a year and forty-five days). So far, she’s making progress . . . and Dog DebtFreeJD is still being kept in the style to which she has become accustomed.

Do you have something to share with the internet? If so, answer my Frugal Hound Sniffs: Exclusive Interview Questions and have your parents email them to my mommy: mrsfrugalwoods@gmail.com (I can’t believe they won’t give me my own email account) and you’ll be featured in an upcoming issue! While I know we are more than just our appearances, please do send photos too.