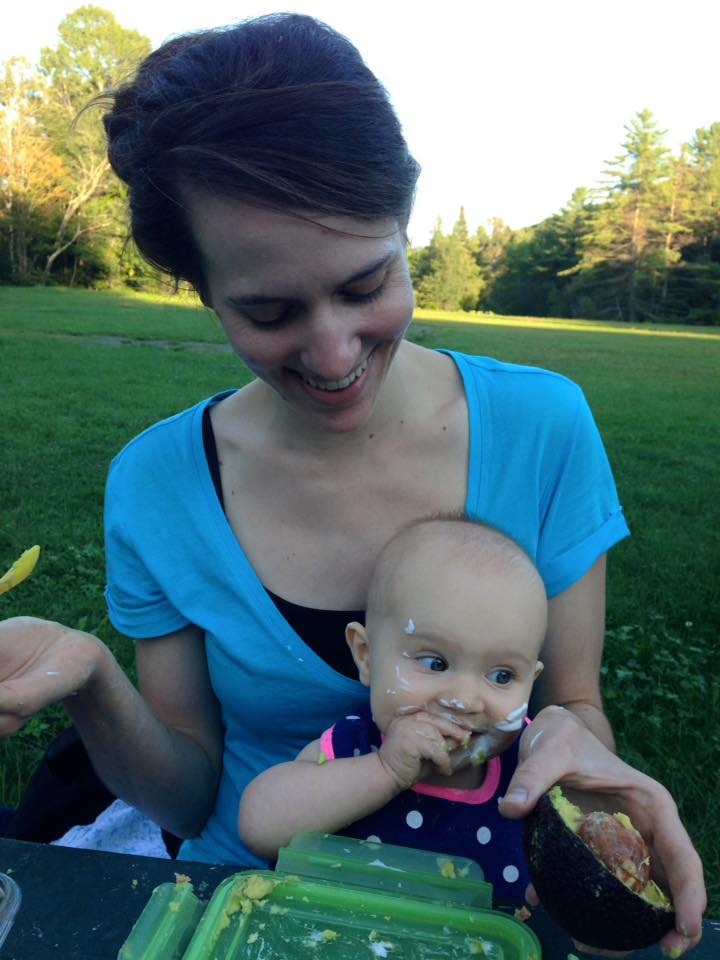 What’s not to love about a potluck? You make food, other people make food, you bring that food together and then you eat! Potlucks are a bedrock of frugal living, of community-centered living, of family-oriented living, of social living, and of living for people who like to eat. How could something so inherently frugal–so inherently about food–not be talked about on Frugalwoods until now? We cite the oversight and seek to remedy.

To all you Frugalites out there, keeping the frugal real while detoxing from the overconsumption and commercialism of the holidays and trying to forget about your uncle asking you for the fourth time at Christmas dinner why you drive a car that’s ten years old, know that you are not alone.

Kick back on your Craigslist couch (yes, I know you washed the removable cushion covers before you brought it home), cozy up with that afghan you knitted (no one notices the dropped stitches, I promise), put your feet up on the coffee table your friend handed down when they moved to California, pour some boxed Malbec into the wine glass you found for free on the side of the road, and scroll on down. You’re among friends now. Potluck friends.

Potluck Friends Are The Best Friends 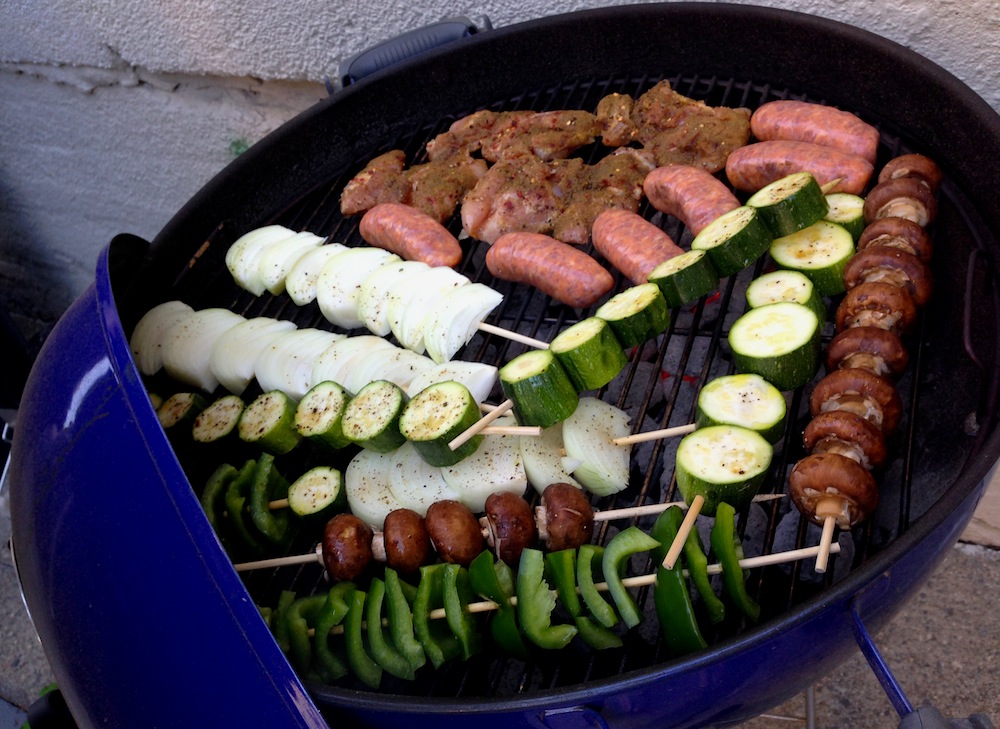 Cook a large batch and freeze it or potluck it!

I surmise this is due to the following: 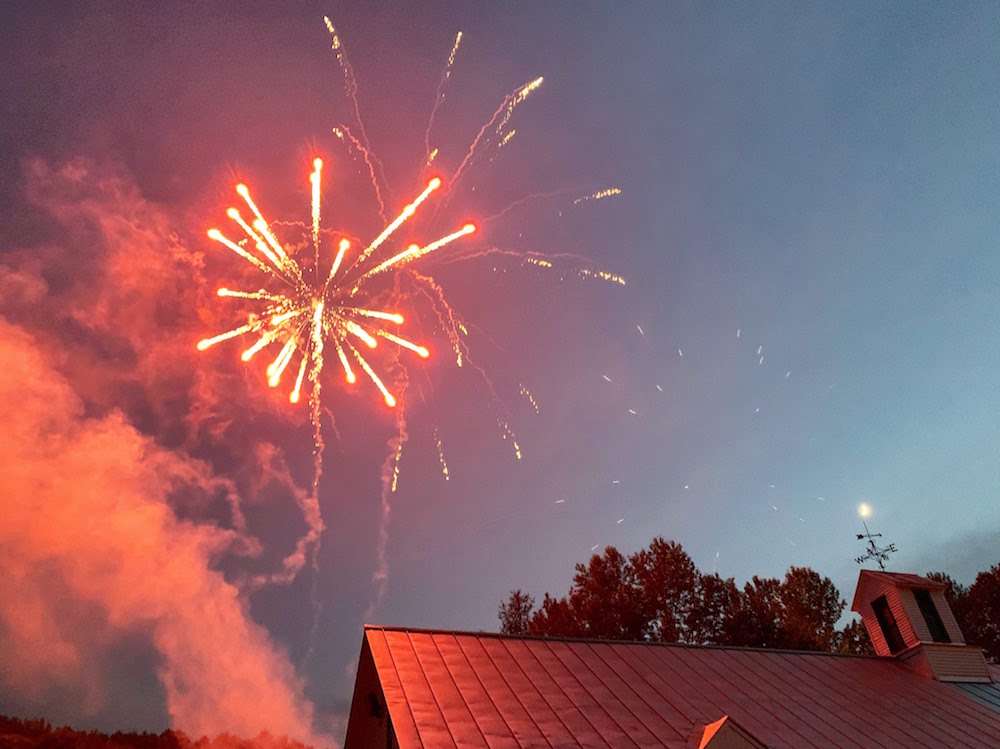 The July 4th celebration at our town center.

I have participated in potlucks for all of the following:

Everyone Loves A Potluck 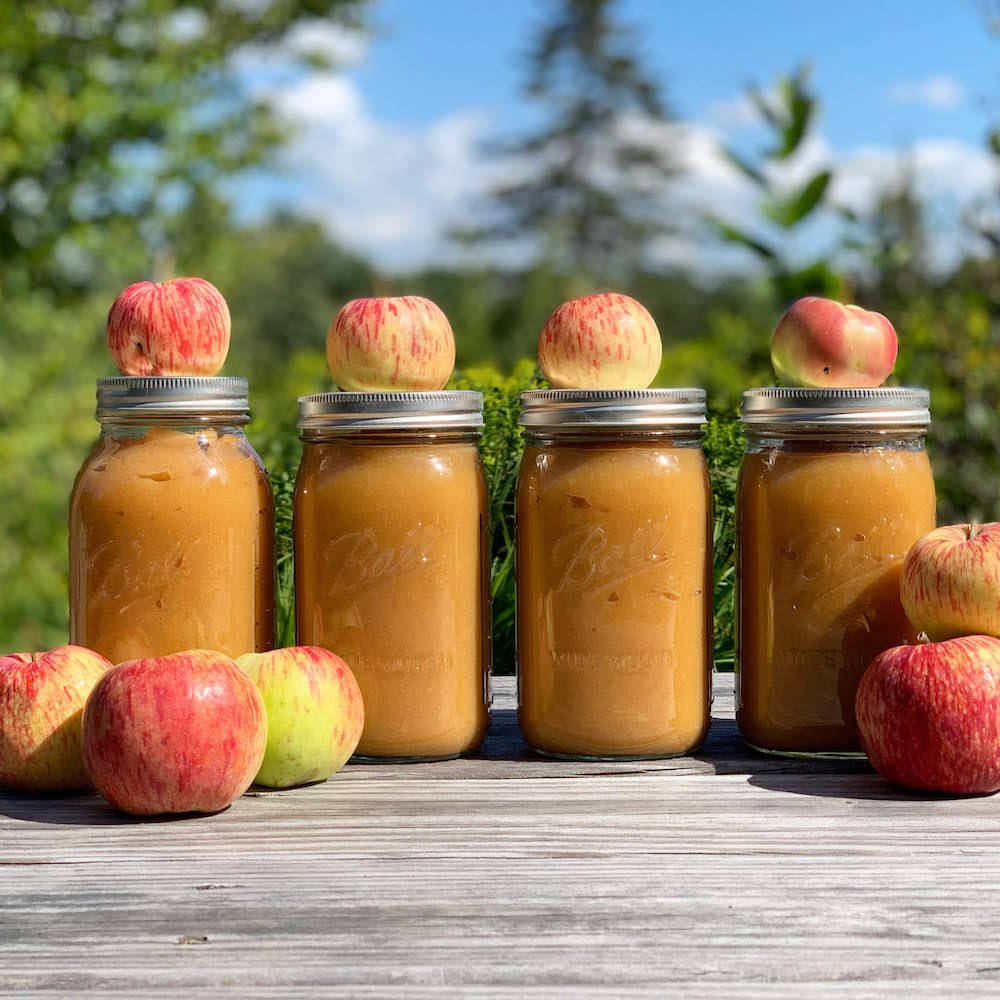 My homemade applesauce. I’m really vain about it, so I figured I’d make you look at the photo of it again.

While Vermont culture is steeped in potlucks, perhaps potlucks are not so common in your neck of the woods. Lucky for your friends and neighbors, they have you to bring them the good news!

It might feel daunting or embarrassing to be the one to suggest potlucks in lieu of dining out, but I’m willing to bet your compatriots will be glad you did. Over the years, I’ve received reams of testimonials from readers about the enthusiastic reception their potluck suggestions have elicited. I cannot tell you how many people send me thrilled emails along the lines of:

I was nervous about suggesting at-home potlucks, but once I did, my friends were receptive because they want to spend less on going out too!

So keep those emails pouring into my inbox (so that I can read them, smile, and avoid doing something noble like cleaning the grout in my kitchen).

In fact, you don’t even have to take my word for it. Here’s what Sam–the subject from the case study, Reader Case Study: Debt And Dreams In Queensland, Australia–had to say on the topic:

…when we spoke to friends about not wanting to go out and spend money on entertaining, they were so relieved as they too had been feeling the financial pressure. Amazingly, our social life is better than it has ever been and costs about $10 a week on average.

The One Rule Of Potluck Dishes: Keep It Simple 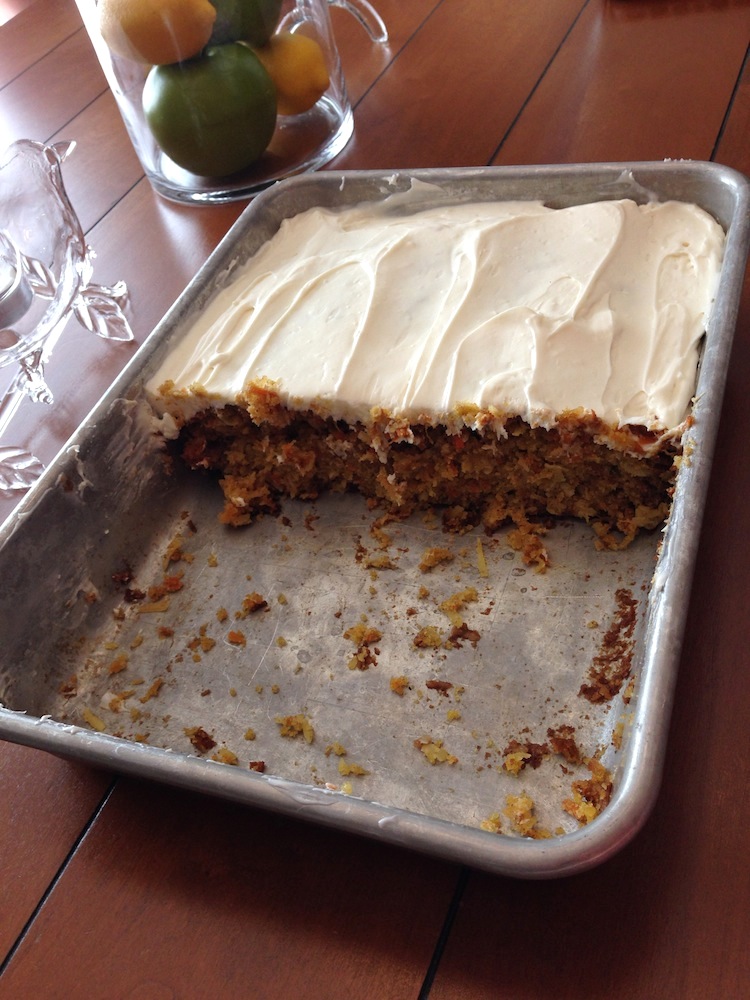 The remains of a carrot cake I made for a potluck. Clearly it was popular.

Don’t sweat your potluck dish. Seriously. No one likes sweat in their food. Figure out a solid recipe–one that’s easy for you to make, that you enjoy eating, and that doesn’t have expensive ingredients. I’ve never seen anyone bring caviar to a potluck. Not saying it couldn’t happen, just saying I’ve never seen it. Also not saying I wouldn’t eat caviar if someone did bring it.

Don’t make boeuf bourguignon (unless you really want to!), don’t make filet mignon (unless it’s your lifelong dream!), don’t make Baked Alaska (I don’t even know what that is, but it sounds complicated!). Stick to recipes you know and with ingredients that don’t cost a million dollars.

One of my very fave items to make for potlucks are these from-scratch brownies by King Arthur Flour. They’re easy, quick, cheap, and delicious. Don’t make them when you’re home alone and hungry… not that I’ve ever done that…

I also want to introduce the sometimes controversial approach of buying pre-made foods for a potluck. I endorse this approach if you don’t have time to cook for a potluck because: it will still be cheaper than going out for dinner/drinks. Not doing potlucks because you don’t have time to cook and don’t want to spend money on pre-made foods and instead spending three times the amount at a restaurant does not make sense. Even I, oh calculator-user and one of low math skills, can tell you that. 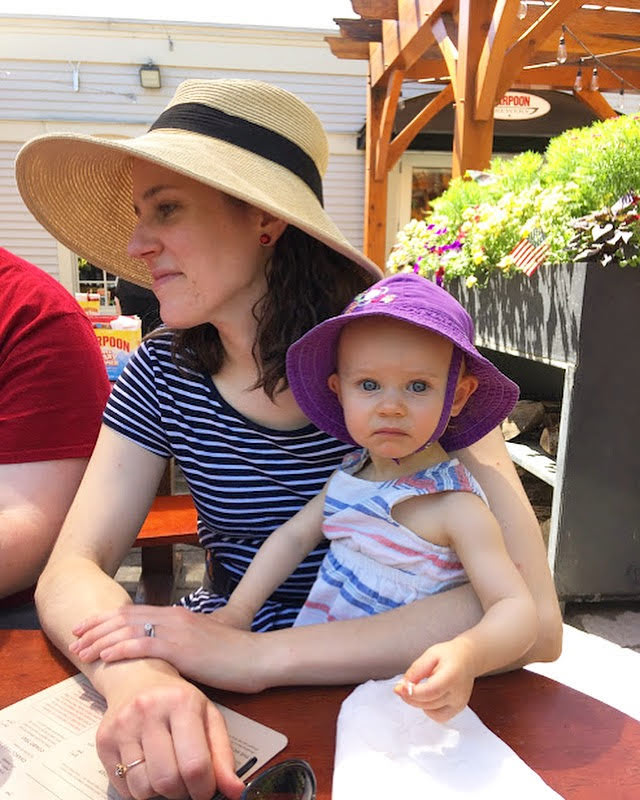 Littlewoods and me on a rare restaurant outing

You knew I was going to go here because I cannot help myself. But you guys, I’m serious! Potlucks have so many benefits beyond the money saved by not going to a restaurant/bar/movie theatre/hip young persons hang-out location:

Do you have to like potlucks if you’re frugal? No, but it sure does help.

What are your potluck hosting and attending tips?